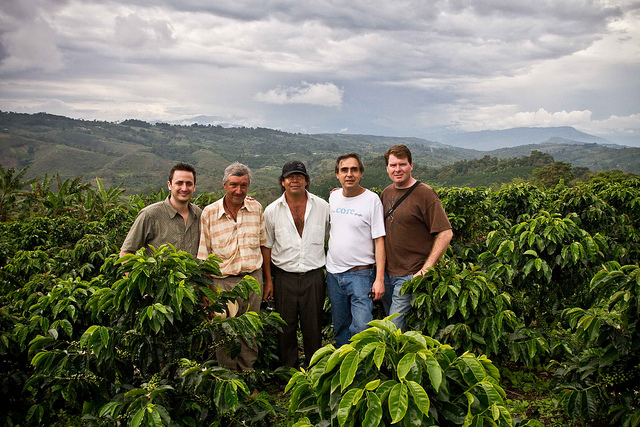 At the end of February 2011, John and I got home from touring coffee estates throughout Central America with one stop in South America to Colombia. I always get excited about going to Colombia.   The culture, the diverse landscape, the food and the excitement around coffee is contagious.   To top it off, I just love what it takes to get to the farms.  They are much more remote and smaller in size then other growing countries, so it isn’t an easy task.  It takes work.  Due to this, we decided to focus on only one region located in the South of Colombia called Huila; however; within Huila are many micro-regions (and micro-climates).   Huila is generally known as the region that produces the highest quality coffees, and are typically ranked high in the Cup of Excellence competitions.

The first thing you notice when visiting a farm is how small they are.  Typically a farm in Colombia will produce 30-40 bags (152 lbs per bag) of high quality coffee per harvest.  In Colombia, unlike other regions, they produce 2 harvests per year due to their climate and proximity to the equator.  The main crop called Principal will happen in the North, while the smaller Mitaca crop will occur in the South (and visa-versa). 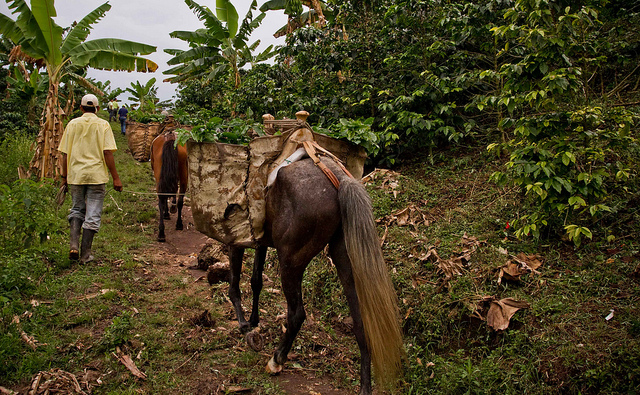 Our first visits occurred in the Northern Huila micro-region Suaza.  The average farm size is 3 hectares with an average of 5000 trees per hectare.  Typical elevation is 1300 1800 meters. In the past 2-3 years, Suaza like most regions in Huila were affected by a coffee tree disease/fungus called Leaf Rust.  This Leaf Rust severally damaged the crop sizes in Colombia by primarily attacking the coffee varietal Caturra.  Caturra and Colombia have been the two most commonly planted varietals in Colombia until recently.  What we witnessed was the mass planting of a new Leaf Rust resistant varietal called Castillo.  Castillo isn’t as sweet as Caturra, but it is a large producer of coffee cherries.  Colombia is at a time when they need to correct the coffee shortages, and fix it fast.  For the past 3 years Colombia has had bad crops, which affected most farmers/families in Colombia, as well as the worlds coffee pricing due to the shortages of high quality washed coffees. 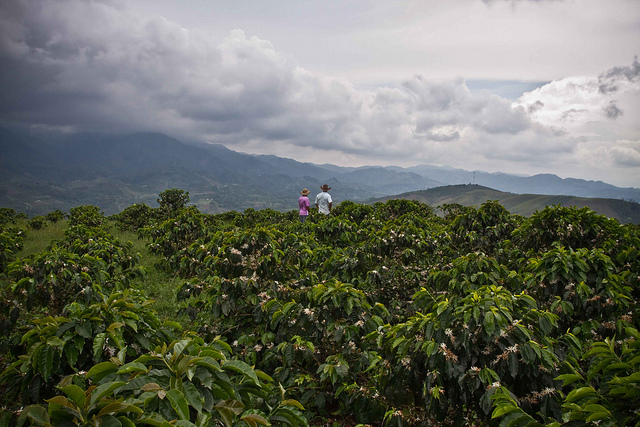 Fratello will be offering two coffees from Suaza in March 2011.  Both have been purchased through our new partners CooCentral, a cooperative located in Garzon Huila.  Working with a cooperative seems to be necessary in Colombia due to the small farm sizes and logistical nightmares.   Finding a good cooperative to partner with is just as important as finding the great farms.  They are vital as they are the people on the ground every day.  They are the people who coach/teach technical issues, who have agronomists who analyze soil conditions for customized fertilization and basically insure the health and yields of the overall farms.   Over & above this, CooCentral has impressive social benefits for the 332 farms in Suaza that have partnered with them. 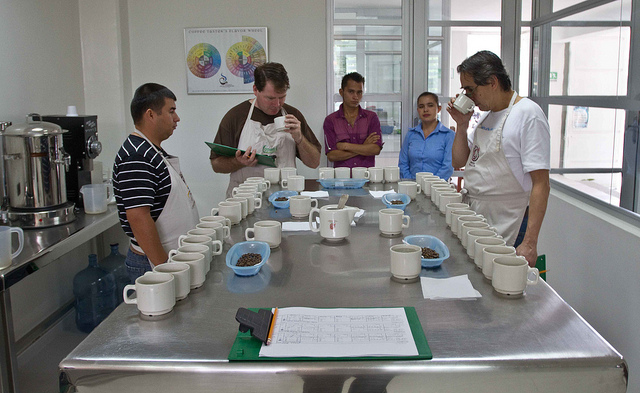 CooCentral starts by paying more money per lb than any of the other cooperative.  Because of this they get to be more selective with who they work with and ensure that only the farms producing the highest quality of coffee are associated.  Above this, they pay for 50% of the health care needs as well as 100% of any funeral expenses for their immediate families.   Also impressive is the fact that they offer lines of credit to the farms in order to buy fertilizer and other products they need at 0% interest rates.

Currently CooCentral is in the process of re-building 110 new homes, including new kitchen installations for the farms that have been the most loyal.  Next year, they will work on more.

The two lots we are bringing in have been chosen for their unique cup quality and characteristics.  The farms associated with these lots were paid an additional premium for this quality. 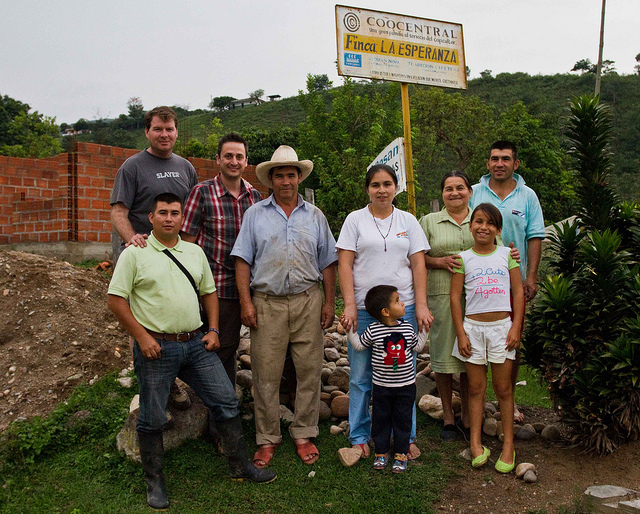 Our first lot is a blend made up of 14 different families in the Suaza region.  This was a special preparation of green coffee, which had extra attention in the dry mill to ensure a much more consistent bean size.  What we found was approximately 15% of the green beans were not used.  These families were:

Our second Lot is considered a Micro-Lot that is made up of only three tiny farms.  Together they made up a 22 bag lot of extraordinarily great quality coffee which showcases the profile of what Suaza is all about.   This Lot is from:

We have some exciting plans for Colombia in the second half of this year, which includes a competition held at CooCentral for many of the farms we visited.  Our goal is to find the highest quality coffee from a Single Estate in either El Pital, Los Naranjos and Suaza regions from the harvest coming this May/June.  Our goal will be to continue supporting this farm year over year in a true Direct Trade partnership that will allow both parties to prosper.   We will continue to update you on this project as more details come our way.