This past February I toured a very exciting farm by the Santa Ana Volcano.  One, which showed me some coffee cherry sorting & tree pruning practices that I have not seen in any other farm/country.   This pruning practice is called Agobio Para (tree bending) which results in big yields and HUGE flavor.    This was amazing to see, but what blew me away even more was the picking and sorting of the coffee cherries. 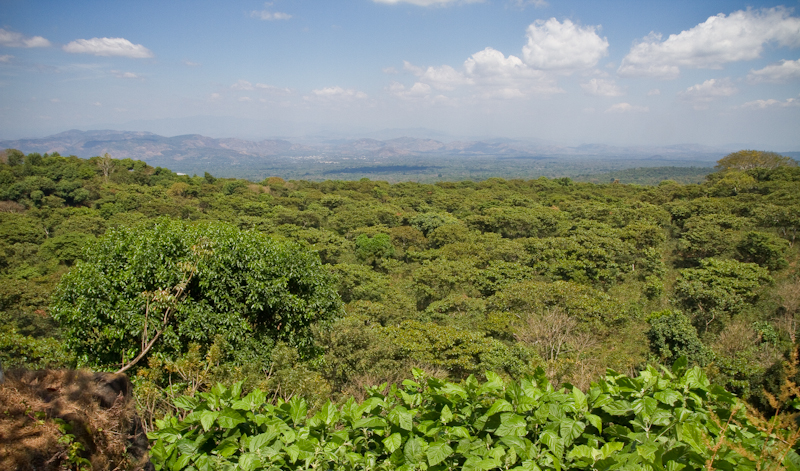 Typically at the best farms we visit and buy from it is common to see that coffee harvesters will pick only the ripest cherries.  Once this is complete they will deliver these cherries to the wet mill to be washed and processed.  During these processes, the green beans will have different float tanks and screeners which separate bean density.

At Malacara B I witnessed more work done with sorting the coffee cherries before the wet mill then any other farm in the planet I have been to.   The extra steps outlined below result in a cup which is naturally sweet and very consistent. 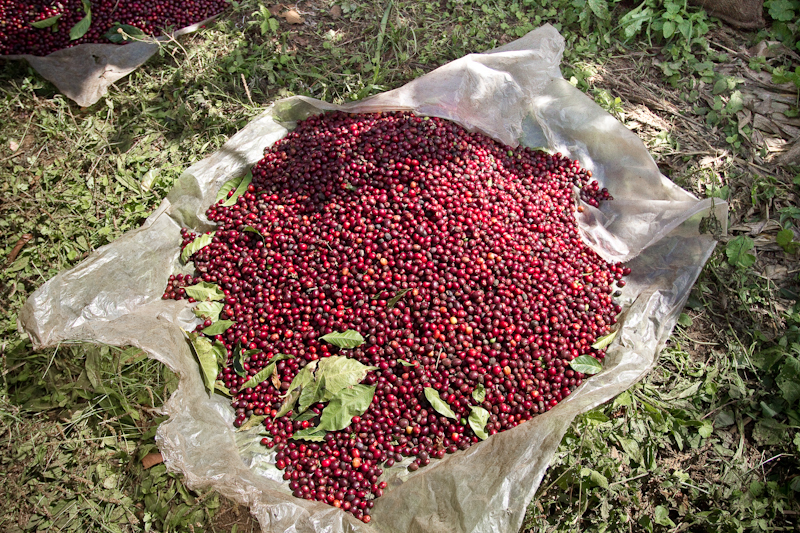 Step 1 – The workers are paid very well (50% above the legal minimum wage) to ensure they are selectively picking the ripest cherries. 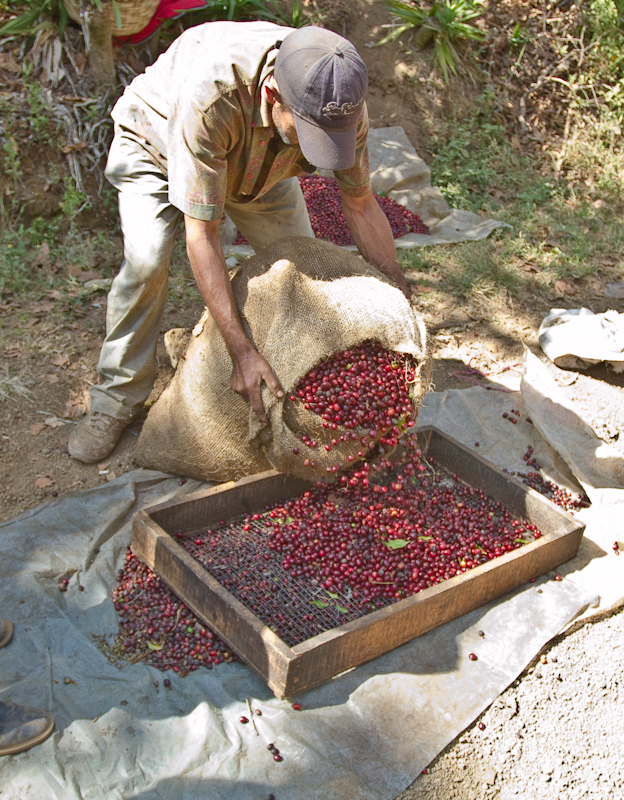 Step 2 – Once these cherries are brought to the daily pick up point, they will screen the cherries to remove any smaller cherries which don’t match the other sized cherries they are looking for this day. 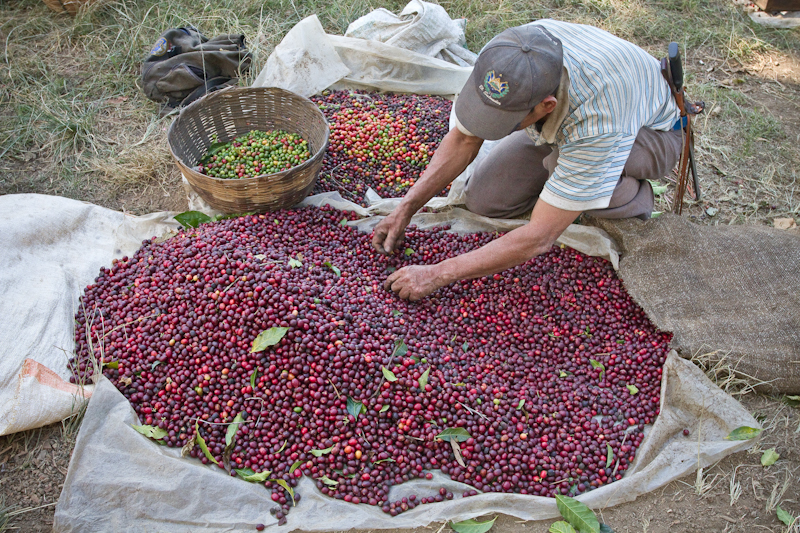 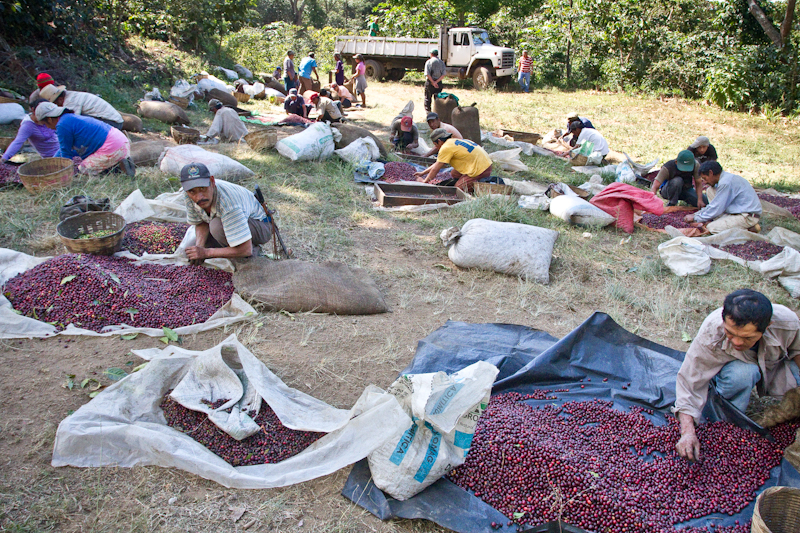 Step 4 – Cherries are then delivered to the wet mill that night to be processed.

At Finca Malacara B, I was shown the best example of the original old way of tree pruning called Agobio Para, which translates to “tree bending”.  Typically producers will “stump” a tree, cutting at the base, to allow for a new coffee tree to sprout.  I’ve been told that a lot of the health, nutrition and character of the coffee tree is in the trunk.  Agobio Para treats the trunk like a “spine”.    The art of Agobio Para is bending the trunk and tying it to the ground.  This will allow for many new sprouting coffee trees to grow from a single root system with out damaging the original trunk of the coffee tree. 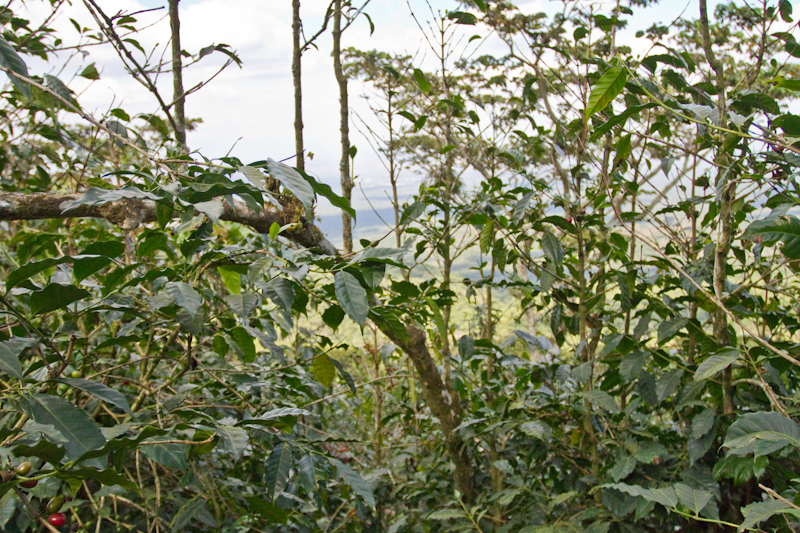 What you end up with are MANY coffee trees, all of different ages, growing from one root. This root will require MUCH more fertilization than a typical root, however, over all you use less per farm.  Each tree takes up WAY more space than a normal tree, however, it will produce much more coffee compared to a regular tree.   The goal is a more stable harvest, year over year.   Its hard to describe, but was truly mind blowing.  Why is no other region doing this?

The MALACARA brand has been recognized by the coffee world as being one of the best coffees produced in El Salvador.  It’s not a surprise that they won the #3 and #4 spot in the 2011 Presidential Award at the Cup of Excellence® event, obtaining 90.83 points.  Below is some further information on Roberto Dumont, the owner of Malacara B, and our newest Direct Trade partner. 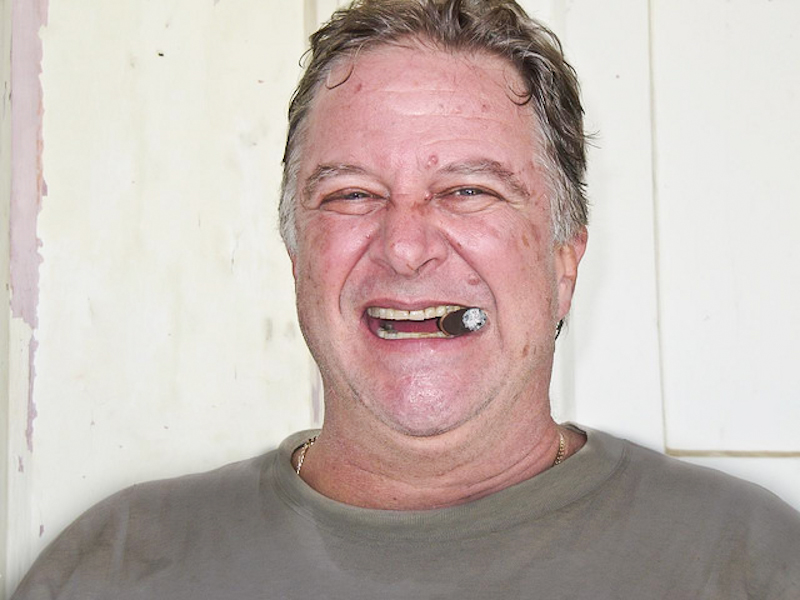 Malacara, is the three-generation legacy of coffee lovers who have poured their hearts into the rich land of El Salvador. Roberto Dumont practices sustainable farming and produces some of the best coffee in El Salvador. Malacara B is located on the world famous slopes of the Santa Ana volcano in western El Salvador. The weather, soil and altitude is perfect for growing exceptional coffee. This farm kicks coffee butt every year. With Roberto at the helm quality has gone even higher over the last decade. 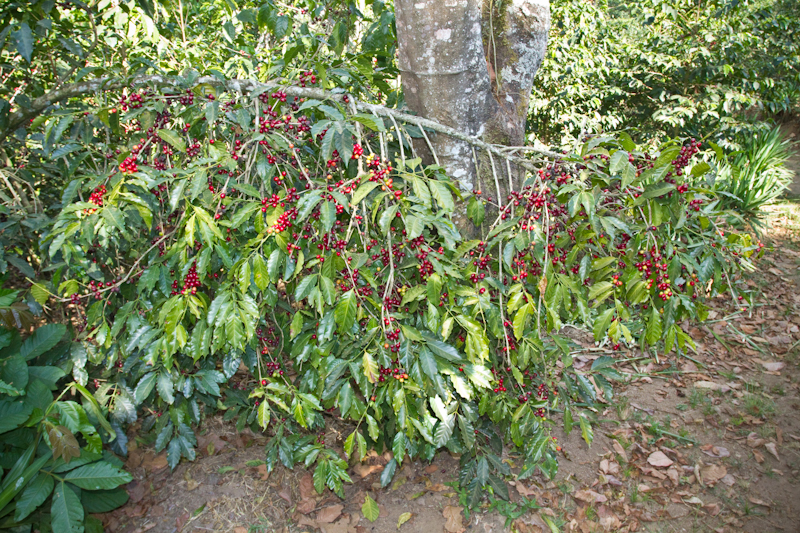 MALACARA was the main farm among the various farms in the Santa Ana Volcano owned by Alvarez family. Its unusual name (BAD FACE) comes after a popular man whose family name was MALACARA. History tells that this man was so popular that after acquiring the farm, Don Rafael Alvarez named it “Medellín” after his own place of birth; however, people continued to refer to the place as “MALACARA” disregarding the owners will.

To continue with the legacy, MALACARA has a school where 90 children from the surrounding areas attend up to the ninth grade. There is also a soccer field used by the community. Good housing is also provided for the employees, five families live permanently on the farm which provides employment for 20 permanent workers and about 100 people during harvesting. To pick to best cherries, pickers are compensated with wages that are 50% above the legal minimum wage.

ENVIRONMENTAL ISSUES:  Many local species of trees still exists and are kept and diversified in the farm to maintain the rich flora and fauna of the area intact. There are community talks to promote environmental and health issues for the inhabitants and a program to for the disposal of the solid waste.