Well it’s been a couple weeks since I got back from Bolivia on my first origin trip, I went down with a company called Invalsa who sources and exports coffee from Bolivia. The trip was a real eye opening experience, From seeing the coffee farms and their incredibly steep hills, being shown the incredibly labour intensive procedure that goes into milling the coffee after it has been picked and talking to the farmers and hearing how passionate they are about their coffee and how much they invest into making it a better product year after year. 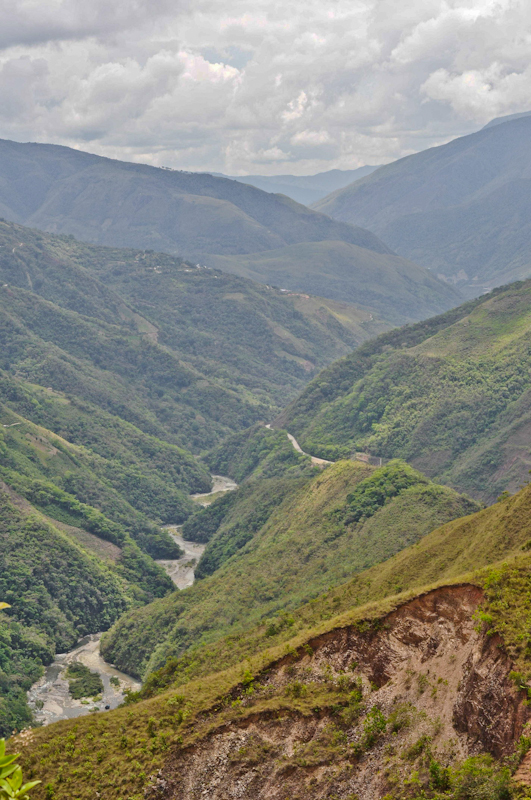 The first few days we were in La Paz, which is the legislative capital of Bolivia. This is where we did the cupping of the top coffees that Invalsa had. After narrowing it down over 3 days we ranked the top coffees 1 through 20. The top lot came from Gregorian Gonza Mamani from the San Ignacio Co-op who we later got to meet. 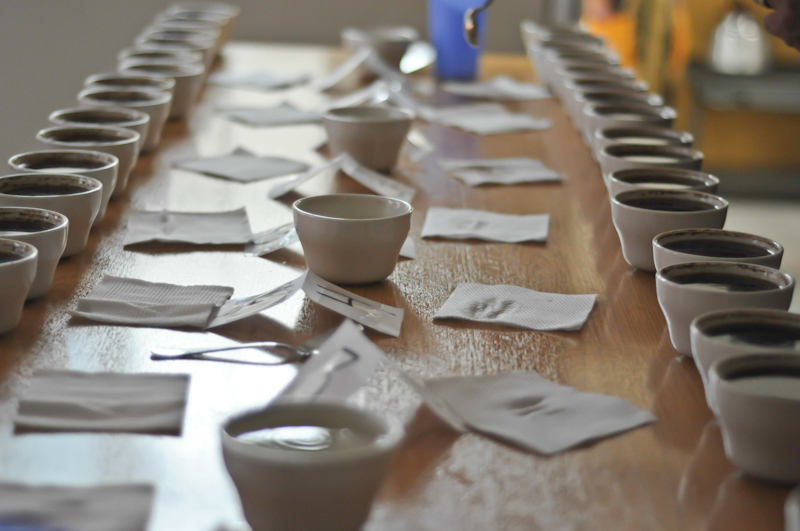 Once we were done with the cupping’s it was off to the Caranavi region, which is one of the largest coffee growing regions in Bolivia. (Also where our current offering of Bolivian coffee is from) After five or six hours of the scariest roads I have ever been on we arrived in the city of Caranavi, surrounded by palm trees, parrots and mangos! This was a very nice contrast to the rocky and dry area of La Paz. 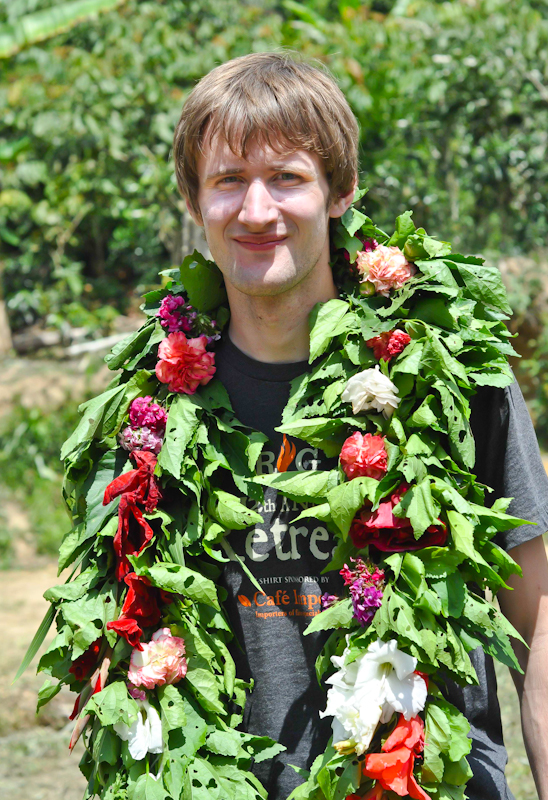 The next morning we headed off to the Seven Star Group Co-op, though it took us a lot longer to get there than expected, due to a construction company blowing up the road, the farmers were still very excited to see us. They decorated us with wreaths of flowers and then fed us as they spoke about how they were constantly improving their coffee due to people buying their coffee. Once we ate they took us down to a few of their farms and showed us how they pick the coffee and what they do with it after it has been picked. At this particular Co-op everything is de pulped washed and then dried on Raised African beds. 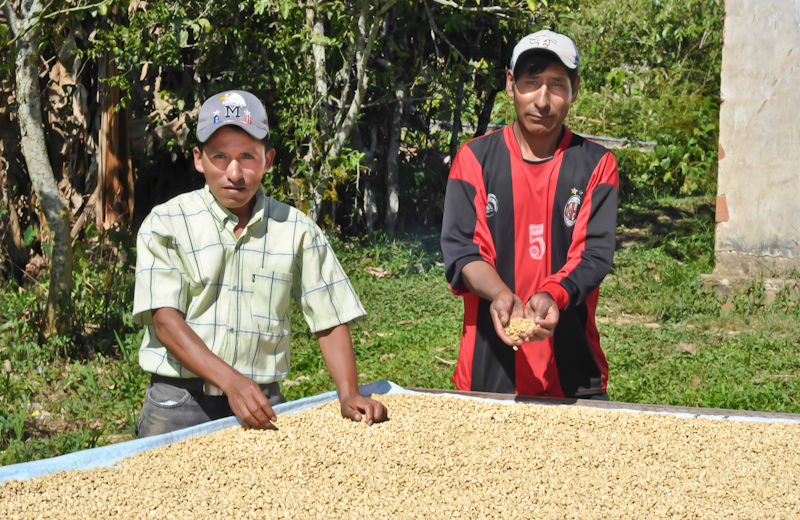 After we left the Seven Star Group Co-op we went to Cima del Jaguar which was the biggest farm we went to on our trip, just over 5 hectares. After following the farmer up his fields it really hit me how much work would go into just picking the coffee, I was exhausted half way up and that was without carrying any coffee cherries on my back! After a quick tour of the rest of his farm we took us back to his house and fed us supper. I found their generosity amazing from people who have so little to feed these 12 strangers, who come and look around their farms. 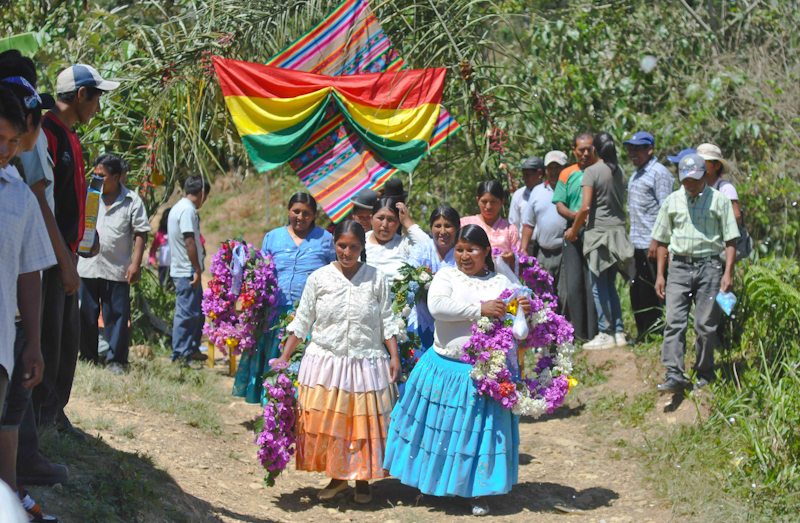 The next day we went to the San Ignacio Co-op, which was a very unique experience. As we pulled up we could see an arch way decorated with flowers and the Bolivian flag. As we stepped out of the vehicles we heard a band start playing and many of the families that lived there started heading towards us with wreaths of flowers and confetti. We were then pulled into a large dance number and danced up to an open field with tables and chairs set up. After what seemed to be 20 minutes of dancing (it was probably only 5 but I’m a terrible dancer so it seems to take longer to me) we were escorted to our seats and were promptly served a meal as the farmers once again spoke their speeches. After lunch a few of us went to tour the farms of this Co-op with Oscar? Mamani, the top ranking farmer’s brother, he showed us how they stump the trees (chop them down) so that new trees can grow out of the stumps, they do this after the trees have gotten to old, usually around 6 or 7 years, so they no longer produce as much. He also showed us they new way he was pruning his trees, he said that now that he has this new technique he gets almost 3 times as much as he used to before pruning. The thing I found most interesting about what he said was it was more valuable to have this kind of information and training than it would be to just have more money per pound and not be improving his crop. After another long climb back to the top of his farm we headed back to the Co-op and then were danced back to our vehicles. 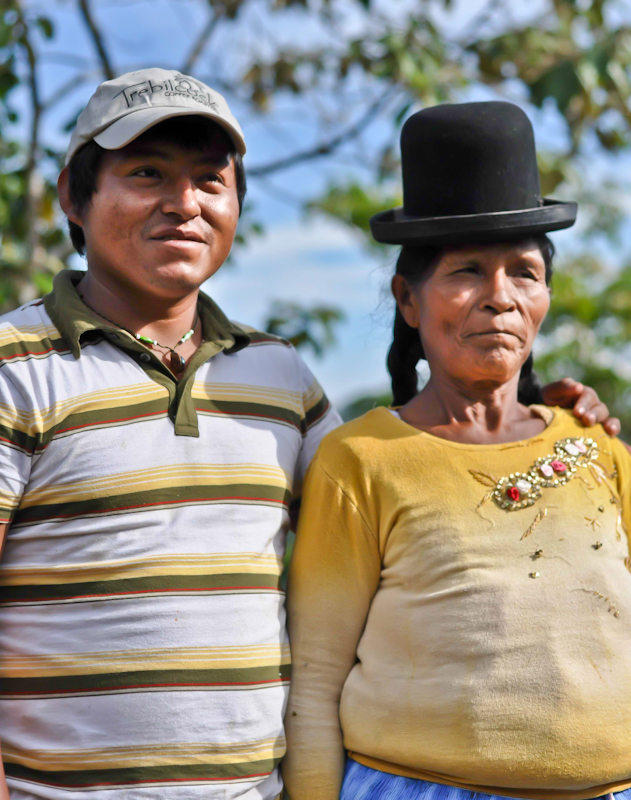 Once we left the San Ignacio Co-op we headed towards Coroico, where we stayed for the night. The next morning we headed out to the infamous “Death Road”. Though the road is still open very few people use it now because there is now another less dangerous road which goes from La Paz to the Caranavi region now. As we started up this very narrow road it was amazing to think that this one lane dirt road with 100+ foot drops on it was once the main two way highway. Being empty now it was very easy to take in all the beauty of the country side and the waterfalls that come down right on the road. It was an incredible experience and far less scary than some of the other roads we had been on!

Once we got back into La Paz it was time to say Goodbye to all the amazing people I toured around with on my trip and then head to bed.  I had to be at the airport at 3 am the next morning!

I had a great time touring around the country and was amazed how much I learned and continue to learn even back at home about sourcing coffee. I always figured you just went down there and came back with some amazing coffees, but it’s so much more than that. It’s about building relationships with people so when you go back you can keep getting better and better coffees every year. I feel I’ve only scratched the surface with what I know about sourcing coffee and I am very excited to continue learning more!

I would also like to thank Fratello for giving me this chance to go down and see what its really like, it is amazing and I would encourage everyone if they have the chance to go and see it, it is definitely worth it!